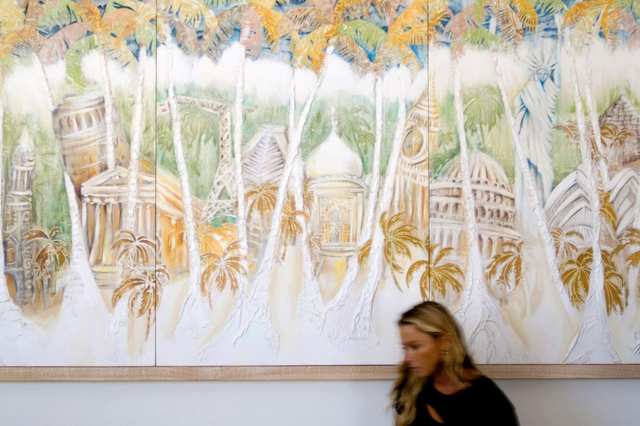 “…what Davina sees with her open spontaneous eyes is a transient, multicultural world in which people communicate with each other mainly by exchanging ‘things’ or going places rather than by exchanging ideas. A significant artist with a significant message” Jean Coteau, art critic